Much like the skin of gecko lizards, PCT-treated surfaces shed water for rapid displacement of skid-creating conditions from rain to ice to snow. When pavements treated with TiO2 are exposed to ultraviolet radiation (UV), rain disperses more rapidly in comparison with untreated pavements, significantly reducing precipitation build-up and absorption that can otherwise critically damage roadways, runways, and highly vulnerable longitudinal joints and rumble strips on highways.

Because TiO2 is strongly attracted to water when polarized by UV, water molecules on the surface split, dispersing water into thin films and inhibiting the formation of agglomerated droplets that might otherwise create ponding or, in low temperature conditions, deadly ice formation. 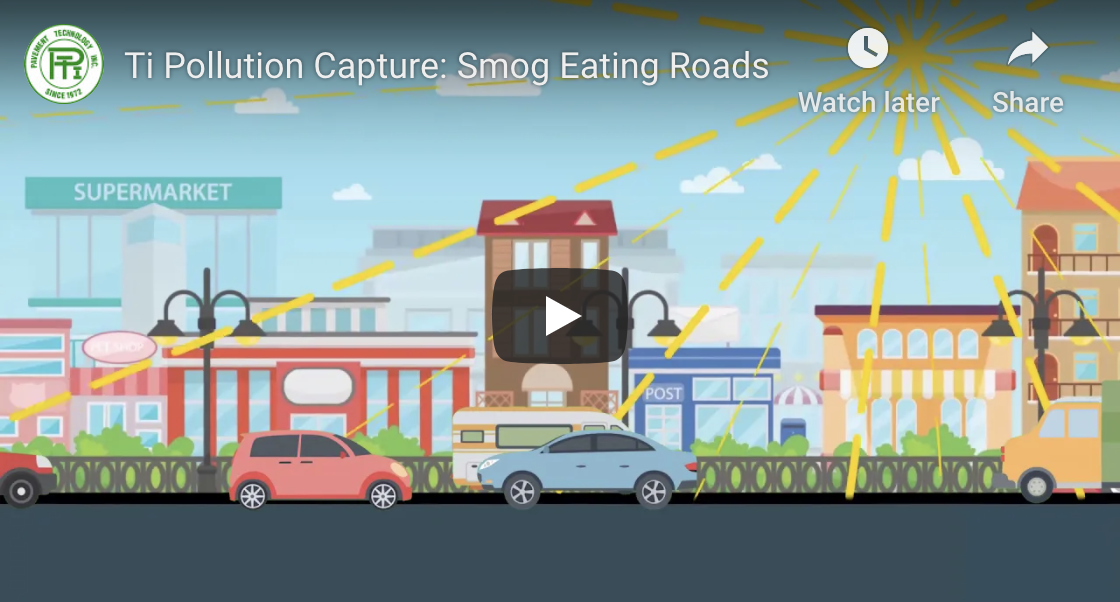